Music to fly to – 1st Movement

Flying to the United States I decided to do some writing and since I wanted to drown out an odious nearby person and the drone of the planes engines (which I normally tune out from but the odious man was too irritating – ranty post to come). I therefore went to the music channel and was delighted to find some albums that intrigued me as they were by artists I wasn’t familiar with playing compositions I didn’t know that well (aside from the Liszt).

This is what I heard…

Works for Cello and Piano This was a new experience for me, I have not heard many of Mendelsson’ s works done before and have never encountered the very talented Watkins Brothers. Very delightful to listen to while writing on the flight over the Atlantic.

The experience was only ruined by the imposed-by-software pause between tracks which meant that several of the multiple-movement pieces had nasty breaks in their reproduction making it jar quite horridly several times. The worst being a piece split into about five sections by track number with each piece being only a minute or so in length. Ugly cutting and easily avoidable with a fully digital reproduction and playback system, that should be a software switch. 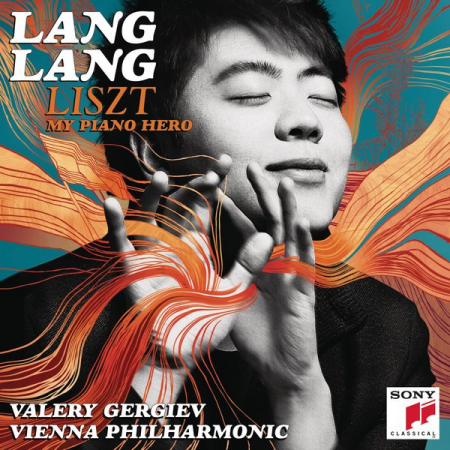 Also heard some interesting interpretations of Liszt by the clearly talented Lang Lang, not come across this young Chinese man either though the pieces by Liszt were all familiar to me. For the most part I loved the way he had interpreted them, in fact it is an album I may have to pick up. Wonderful orchestral accompaniment, especially on Piano Concerto No. 1, by Valery Gergiev and the Vienna Philharmonic.

Interesting that the first exposure this young man had to the works of Liszt was via a Tom & Jerry cartoon. Cartoons are probably where I heard the majority of my first classical pieces. In fact T&J did a wonderful pair of ‘toons where they used Gershwin and Jazz symphonic to great effect.

And the introductions continue as I then heard Father and Son play a magnificent series of pieces on two pianos. The synopsis states that Vladimir “the flamboyant pianist turned conductor returns to the piano alongside his son” and this is “powerful, fiery and spellbinding”. Not being familiar with either the musical pieces in question or the performers all I can say is it was breathtaking.

En Blanc et Noir (3 movements) is a brilliant introduction to these two men and is a great build into the stunning Jeux, and the rest of the album is filled with similar brilliance. A well thought out collection masterfully played. I was very delighted as neither Debussy or Ravel have been on my listening list much, I had a thing of not liking Ravel because of Torvil and Dean, so this was wonderfully new.

Mark Keating
The Quick View Mark Keating is an odd male with roughly five decades of chronological competence in his girth. He is married to Leigh a girl of great patience and unsurpassed kawaii-ness. They both live in Lancaster, UK, conveniently since they are wed, with their sons, Benjamin, Elliott and Asher. They are terrorised by a cat called Darwin and various tropical fresh-water fish.